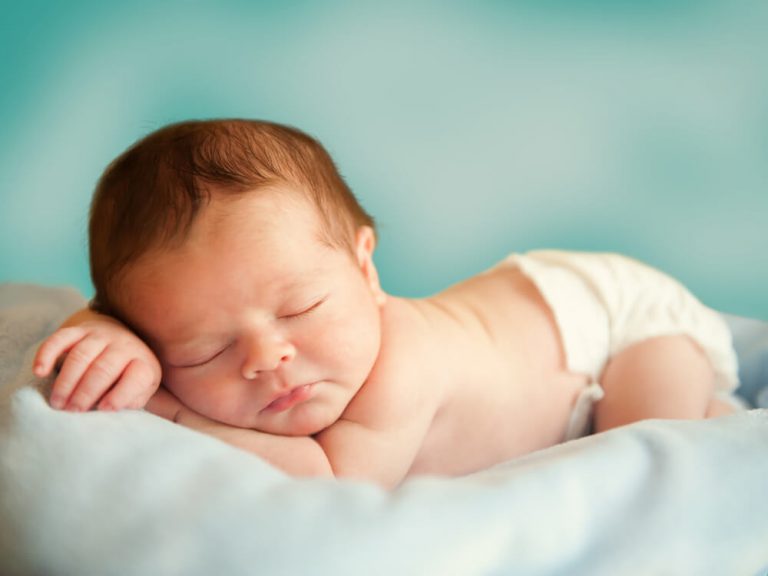 In 1952, Kuhn (awarded the Nobel Prize in Chemistry in 1938 for research on carotenoids and vitamins) named milk saccharides "milk vitamins".

"Sialic Acids" are bioactive compounds present in human milk. 100 ml of human milk contain 9-155 mg of Sialic Acid. The differences in these numbers are due to a variety of reasons, including lactation period and testing method.

Biosynthesis of "Sialic Acid" in the body:

The amount of "Sialic Acid" in different liquids and tissues:

Sometimes the amount of "Sialic Acid" which is needed is greater than the amount made in the body, such as:

During different lactation periods, the amount of "Sialic Acid" also varies, with the highest amount in colostrum (figure below). 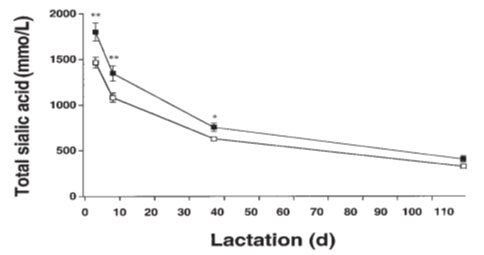 Research has shown that the concentration of "Sialic Acid" in the serum and the red blood cell membrane in healthy pregnant women increases markedly as pregnancy progresses, and continues to increase for up to 12 weeks after delivery.

Lack or absence of "Sialic Acid" in the fetal tissue reduces placental function. Consequently, it affects the development of embryonic vessels and the efficiency of the placenta in material exchange between the fetus and the mother. This may lead to a decrease in fetal growth and development.

Research has shown that the amount of "Sialic Acid" in the brain increases from infancy to 40 years old and gradually declines after 60 (drastically decreases above age 90).

The role of Sialic Acid in the cognitive development

Consideration to "Sialic Acid" as a nutrient to enhance the cognitive development originates from the discovery of "Sialic Acid" in the brain tissue (especially the gray cortex). Sialic Acid plays an important role in brain development and function.

The results of study on 1021 babies (in the New Zealand) from birth to 18 years old showed that IQ scores, standardized tests, teacher evaluation, and school performance in infants who were breastfed is higher than infants fed with normal formula (not enriched with Sialic Acid). Also, the longer the lactation period is, the higher the scores on these assessments are. This is due to the presence of "Sialic Acid" in breast milk.

Initial brain growth is faster than all other organs and tissues of the body, and by 2 years old, the infant’s brain weight is about 80% of an adult's brain weight. Because of the rapid growth of the brain in newborns, there is an urgent need for nutrients and precursors to build new tissues and cell growth. Malnutrition during this crucial period (early stages of brain development) leads to adverse effects on cognition and comprehension performance in adulthood. Breast milk contains unique nutrients for optimal brain growth and proper functioning. Many of these compounds are not found in cow's milk and infant formula. One of these important nutrients is "Sialic Acid". "Sialic Acid" is an important monosaccharide unit in "gangliosides", brain glycoproteins, and "polysialic Acid". "Sialic Acid" is an important compound of human milk oligosaccharides that are essential for brain development and perception.

The role of Sialic Acid in the immune system

"Sialic Acid" plays an important role in the immune system and also acts as a prey for invading pathogens. By adhering to pathogens, they excrete them through the intestine and prevent disease.

The role of Sialic Acid in nutrient absorption

"Sialic Acid" plays an important role in the absorption of minerals and vitamins. By binding "Sialic Acid" to nutrients, they are absorbed more rapidly through the intestine.

The researchers reported that free "Sialic Acid" in the physiological condition consumes the toxic substance of hydrogen peroxide using a radical mechanism. In 2009, researchers reported that the reaction between free "Sialic Acid" and "lipid hydroperoxides" also took place. Lipid hydroperoxides, through a variety of reactive oxygen species, cause oxidative stress and are involved in inflammatory processes such as arteriosclerosis.

The antioxidant property of "Sialic Acid" allows it to be used in diseases that have an important role in oxidative stress, such as type 2 diabetes, cancer and aging.

Yang P, Major D, Rutishauser U. 1994. Role of charge and hydration in effects of polysialic acid on molecular interactions on and between cell membranes. J. Biol. Chem. 269:23039–44.